GoFundMe has made a name for itself as a very popular crowdfunding site, perfect for raising money for all sorts of needs (from medical bills to vacations to nonprofit organization expenses).

But with low campaign success rates and few campaign options for businesses, GoFundMe fundraising isn’t for everyone.

So what’s a business owner interested in creating a crowdfunding campaign to do? Easy. Go with one of the best GoFundMe alternatives instead.

Below, we’ve rounded up some of the best crowdfunding platforms to use instead of GoFundMe. We’ve also included some recommendations for other, non-crowdfunding ways to get funding for your business. 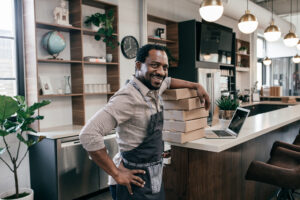 Data effective 1/29/21. At publishing time, amounts, rates, and requirements are current but are subject to change. Offers may not be available in all areas.

Kickstarter has a huge base of project backers, a surprisingly high success rate, and plenty of resources to help you craft a successful campaign.

Kickstarter might be the biggest name in fundraising. And that popularity is well-deserved, making Kickstarter is our favorite GoFundMe competitor.

And to be clear, those backers do give a lot of money. More than one-third of Kickstarter campaigns have successfully met their funding goal.1 That’s a much higher success rate than you’ll find at GoFundMe, which is estimated to have a success rate of less than 10%.2

Plus, Kickstarter gives you lots of resources and advice to help with your fundraising effort. Its Creator Handbook, for example, comes stuffed with advice based on Kickstarter’s data.

Now, Kickstarter won’t work well for all businesses. Its model mostly rewards product-based businesses. So if you’re trying to get a board game off the ground, launch a new lightbulb, or sell an innovative type of jeans, Kickstarter could be just the funding platform for you. But if you’ve got a service-based business, we suggest looking at a different fundraising site.

For most businesses, though, Kickstarter’s popular crowdfunding platform offers the best alternative to GoFundMe.

Got a women-owned business? Take a look at iFundWomen, the fundraising platform just for women entrepreneurs.

Of course, simply catering to women-owned businesses isn’t enough to make iFundWomen great. Its resources for entrepreneurs, on the other hand, are. iFundWomen has all sorts of tools to help fundraisers succeed, from an eCourse about crowdfunding to weekly webinars to a campaign-planning playbook. It even offers networking opportunities through Slack and other means.

As an added bonus, iFundWomen gives back to its users. While iFundMe charges the usual platform fees (at the same rate as Kickstarter, Indiegogo, and other sites), it uses a portion of those fees to invest in campaigns on the site. That means that your successful campaign directly helps other women-owned businesses succeed.

Between its excellent resources and other help for female entrepreneurs, iFundWomen is a great choice for women fundraisers.

If you’re interested in equity crowdfunding (in which backers get partial ownership of your business rather than rewards), then we recommend Wefunder.

Wefunder has become our favorite crowdfunding site for equity crowdfunding because it’s both accessible and successful. While other equity crowdfunding sites have strict application processes before you can start a fundraiser, Wefunder lets anyone start a campaign. You’ll have to start with a private campaign and raise $10,000 before taking things public, but you don’t have to meet restrictive criteria.

Even better, Wefunder has one of the highest campaign success rates out there. Launched campaigns have a success rate of 75%.3 That’s shockingly high―and it drives home how Wefunder makes equity-based fundraising possible for all sorts of businesses. (We should note that exciting startups tend to perform the best on Wefunder. Think the kinds of startups that appeal to venture capitalists.)

Creators of many stripes can benefit from Patreon and its unique, subscription-based fundraising model.

Working on a creative project (or 12)? Then Patreon is likely the funding platform for you.

Patreon was designed for creators all of all kinds―including musicians, artists, authors, podcasters, and more. It gives your fans a way to directly support your work by paying for what’s essentially a subscription to you. So you can create different subscription tiers, offering different rewards for each.

That means that Patreon gives you an ongoing source of money, rather than forcing you to set a one-time funding goal. (As a result, it works best for creators who have lots of ideas in the pipeline, rather than one almost-finished creative project.) And Patreon gives you some flexibility in terms of how much you pay for its platform, with three different plans designed for different levels of investment.

So if you have a passion that will attract regular donors, Patreon’s fundraising platform gives what you need to monetize your creativity.

Kiva offers fee-free debt crowdfunding, so you can get a business loan without owing any platform fees, payment fees, or interest.

Kiva works a little differently than other sites on this list, as you have to repay the money you raise. But don’t let that turn you off―Kiva’s debt crowdfunding platform deserves your notice.

See, with a Kiva funding campaign, you're more or less crowdfunding a business loan. But unlike traditional business loans that come with expensive interest and fees, Kiva doesn’t charge you anything. You repay exactly the amount you borrow―no extra payments for interest or origination fees required. That makes Kiva one of the cheapest ways to get a business loan.

Oh, and Kiva doesn’t have strict borrower requirements either (unlike most other lenders out there). Pretty much any business can raise money on Kiva, though you’ll have to start your campaign by recruiting family and friends as donors. So Kiva isn’t just cheap―it’s way more accessible than other types of business loans too.

In other words, if you don’t mind repaying the money from your crowdfunding campaign, Kiva ought to be your first stop for debt crowdfunding.

Indiegogo might be the most direct GoFundMe competitor on this list, as it’s one of the few platforms that allows you to raise money for just about anything (including things like creative works, medical expenses, business costs, and more). That makes it super versatile. And it’s popular too, with 10 million visitors (not necessarily donors) each month.4

And note that Indiegogo charges platform fees, while GoFundMe only charges payment processing fees (except for nonprofit organizations enrolled in GoFundMe Charity).

Even so, Indiegogo’s versatility makes it a decent GoFundMe alternative―if you want a crowdfunding website that works very similarly.

Crowdfunding sites like GoFundMe and the competitors above aren’t your only way to get money for your business. If none of the crowdfunding websites listed here look quite right, you might want to look at other small-business funding options.

For example, lots of businesses use business loans to fund all sorts of needs.

Once upon a time, you mostly had to get loans from traditional lenders (like banks). But thanks to the internet, you’ve got more lender choices than ever. And online lenders tend to have lower borrower requirements and faster funding times.

In fact, you may be able to get business loan money within just a few days―way faster than from a crowdfunding campaign.

Data effective 12/8/20. At publishing time, amounts, rates, and requirements are current but are subject to change. Offers may not be available in all areas.

We’ve listed a few of our favorite lenders in the table above. If you want to know more about them, check out our guide to the best alternative business loans.

Grants, like some types of crowdfunding, give you free money for your business. But as with crowdfunding, grants aren’t a sure thing. You have to apply (and you’ll usually have lots of competition) and hope your grant application gets accepted.

Still, grants don’t require you to convince lots of donors to contribute. Instead, you just have to persuade one committee. So while grants aren’t the easiest to get, you may find them more suited to your business than crowdfunding.

And speaking of free money, you can always try to find investors. Angel investors and venture capitalists both give you money you don’t have to repay―though they ask for equity in return.

Investors tend to look for startups with lots of growth potential, so they’re not right for all businesses. And if you don’t want to give up any control, you probably won’t want to take funding from investors. But for certain high-growth businesses, investors can offer the best way to raise millions of dollars.

Don't Make a Mistake That Costs You Your Funding

Apply confidently for a loan with our guide. Enter your email below and we'll send it to you shortly.

Which fundraising platform has the lowest fees?

Kiva’s debt crowdfunding website doesn’t charge any fees, which makes it one of the most affordable platforms out there. (You do have to repay the money you raise though.)

Is GoFundMe or JustGiving the better crowdfunding platform?

If you’re a business owner (not raising money for a specific charity or personal cause), then neither GoFundMe nor JustGiving offers the best fundraising experience. Instead, we recommend one of the GoFundMe alternatives above.

Is GoFundMe a good crowdfunding platform?

GoFundMe can work well for some fundraising goals, but it’s not the right crowdfunding site for everyone.

We like the keep-what-you-raise model (rather than the all-or-nothing model other sites have), as well as the lack of platform fees. But GoFundMe works better for personal causes than businesses funding, and it has a depressingly low success rate for campaigns.

While GoFundMe may be a popular crowdfunding website, it’s far from the end-all, be-all. So before you start a GoFundMe campaign, we suggest taking a look at the alternative options above.

Whatever platform you end up choosing, we hope your fundraising campaign goes well. 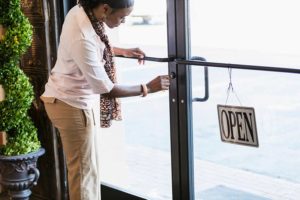 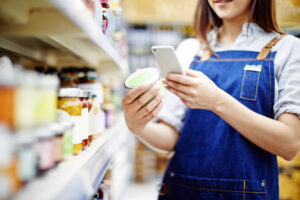 By
Business.org Staff Writer
6 Effective Ways to Engage Your Customers With Social Media Marketing
1. Keep on top of optimum post lengths   Getting a balance between length and... 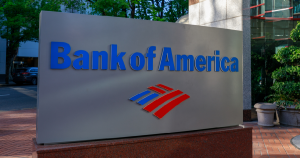 By
Andrew Mosteller
Bank of America Merchant Services Review 2021
Bank of America is a well-established financial corporation but its merchant services don’t quite live... 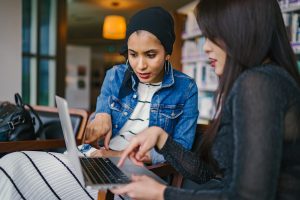