Looking to get started in POS but don’t have a lot of money to throw at expensive hardware? We have the recommendations for you.
Best overall 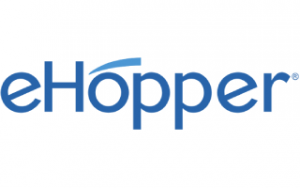 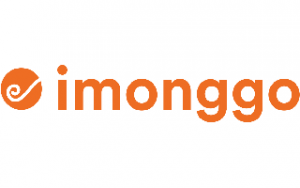 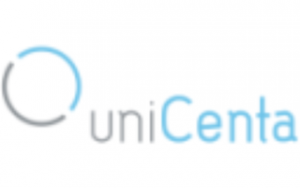 There are so many ways to dip your feet into the point-of-sale (POS) game these days, but many options are expensive. Still, it’s totally worth doing because of the incredible ways a POS system can streamline your business and make it easier for your customers to get the products they want.

It’s almost impossible to beat what Square offers businesses new to the POS game or those looking to save money. It’s packed with features and has no monthly fee.

One of the things that makes Square awesome is how easy it is to get started. You can sign up for a free account and get a free mobile reader sent to you. From that reader, you can start taking in-person credit transactions.

Even without the reader, you can accept payments in Square’s payment portal. And once you’ve started making sales, there’s a lot Square has to offer on the point-of-sale front.

Square, for example, offers a ton of reasonably priced hardware upgrades that you can purchase outright to up your POS game.

Square features at a glance

Here’s something cool: no matter what hardware you use to take payments, you’ll have access to Square’s great POS features. You can see sales reports, manage inventory, set up an online store, or start a free trial of Square’s many extra tools:

Square gives you the tools and freedom to build the perfect POS for your business so you never have to spend on features you won't use. That’s why it's such a great value pick.

Shopify is a solid all-in-one solution with a great plan-pricing structure. It’s easy to start small and grow as your business grows.

Shopify has a lot to offer small businesses. It has a powerful website builder and a complete set of POS tools. While Shopify doesn’t have any free plans, it does offer a free trial period. After the trial, you’ll have to pick one of its plans.

Shopify plans at a glance

As you can see, Shopify offers a broad range of price points. With the Shopify Lite plan, you get quite a lot. You won’t be able to build an online shop, but you can put a Shopify buy button on your own website. The Lite plan also includes access to quite a few nifty features:

That’s a ton of stuff for only $9 a month. Shopify also offers hardware options that are similar to Square’s offerings. Everything from mobile readers to full retail kits.

Shopify offers two POS plans. One of the plans is free and the other is $89 extra per month on top of your current Shopify plan cost. The free POS plan comes with all Shopify plans. If you want inventory and staff management tools, you’ll have to upgrade to the more expensive plan, but if you don’t need those extras, the free plan is a great choice.

No matter where you start with Shopify, you’ll always be able to scale up your plan as your business needs grow, making Shopify another great place for small businesses to start building their POS.

eHopper is a cloud-based POS system that’s cleverly designed to get you a full POS system—including hardware—without you ever paying a cent.

eHopper is the POS equivalent of Oprah's Christmas giveaway episode. It has so many free things to give you that it might make your head spin:

At this point you’re probably wondering why we didn’t put eHopper at the top spot if they’re just giving POS systems away for free. Here’s the thing: they are giving all this stuff away, but there’s a little bit of a catch.

The person footing the bill for all your cool new stuff is your customer. eHopper adds a surcharge to every sale you make that the customer has to pick up. This can be a bit of a turnoff for customers.

That said, the way to get around the nastiness of charging your customers a surcharge fee is to have a cash-discount policy in your store. eHopper recommends this as it’s totally legal to offer customers a discount for paying with cash. Some customers may actually see this as a benefit.

So, if you’re willing to deal with the awkwardness of surcharging your customers, eHopper is pretty awesome. And it comes with loyalty features and inventory management tools.

Imonggo offers a free POS system with some limitations. But, if you own a small store, Imonggo probably offers all you need.

The one caveat we’ll put at the beginning of this review is that we don’t think Imonggo is a better option than Square for small retail stores. Imonggo is somewhere to look if you’ve tried Square and it wasn’t for you.

Despite these limitations, however, Imonggo comes with an integrated inventory management system and sales analysis reports. For only $30 a month per branch, Imonggo can be upgraded to a Premium Unlimited plan.

This plan does not limit the number of branches you can use Imonggo at, nor does it limit how many transactions you can make in a month.

Imonggo works by transforming your computer or tablet into a POS system. This is not novel to Imonggo, but it is a good way to have a POS system using hardware you already have. It also comes with customer loyalty tools and a smart interface for setting up your product catalog.

Imonggo is not the best POS system on the market, but it’s cheap. So if you’re pinching pennies, it’s worth a shot.

uniCenta
uniCenta is an open source POS platform that’s a great choice for business owners with programming skills or who employ a programmer.
Get Started

uniCenta has a ton of programmable modules that allow you to fully customize the POS experience:

uniCenta is written in JavaScript and can run on any device that can read Java. You can even run uniCenta on a Raspberry Pi. That said, it’s designed to work best on a touchscreen device but is perfectly usable with a mouse and keyboard.

uniCenta can connect to peripheral hardware you may want to use like scales, cash drawers, and scanners. For payment processing, uniCenta uses Dejavoo processing as a plugin, which allows you to customize how your processing fees are assessed.

Here’s the bottom line: if you can program, uniCenta will give you a ton of functionality and customization for no cost other than the time it takes to build your perfect POS system. While uniCenta’s POS system doesn’t rival the highly specialized restaurant management systems on the market, it does a bang-up job for most small businesses’ needs.

Is it worth going “cheap” for my POS system?

Certainly. There are so many great options at such a reasonable price point. Unless you need a powerful restaurant management system, most cheap POS systems will meet your needs.

Feature-packed restaurant management POS systems, like Upserve, are significantly more expensive than their cheaper counterparts, but that’s because it’s designed for managing big restaurants with tons of patrons and complicated menus.

If you’re running a food truck or a small café, you don’t need a big, fancy POS system. Something compact and usable like Square is all you need.

What are the best ways to save on POS costs?

The key is knowing exactly what you want in a POS system. If you know what you want, then you won’t end up spending money on unnecessary extras. While many POS systems are package deals, certain providers, like Square, allow you to add and subtract features as you please.

Of course, maybe you don’t know what you need or want. It can be good to start with Square for this very reason because you can add or subtract services at will. Plus, it’s easy to switch from Square to other providers because Square doesn’t do long contracts.

There are a lot of ways to save money on POS systems. Picking the right POS system for your small business is all about determining what your business needs most. If your inventory is easy to manage without tracking software, you won’t need a POS system with powerful inventory tools.

But, if you’re having a hard time keeping track of employee payroll, you may want a POS with great payroll tools. The best POS systems let you customize what you get out of the system and don’t charge you for the stuff you don’t use. In the end, those are the providers we recommend the most.

If your budget extends a bit above our cheap and free POS recommendations, you should check out our picks for the best POS systems.

Written by
Andrew Mosteller
For four years, Andrew has been writing copy to help business owners expand, manage, and advertise their unique brands. His upbringing in an entrepreneurial family nurtured a passion for small business at a young age. Andrew’s father, an equity fund manager, taught him the ins and outs of investment financing and owning and operating a successful business. Now he brings his expertise and experience to entrepreneurs as a regular contributor on Business.org.
Read More
Recent Articles 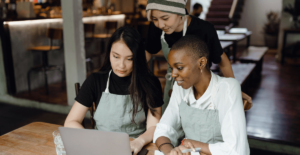 By
Melanie Grano
How to Sell on Etsy: A Beginner’s Guide 2021
Are you looking to use Etsy as a platform to sell your goods and products?... 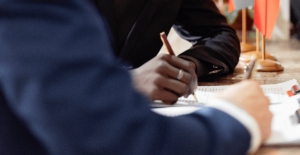 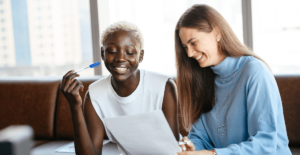 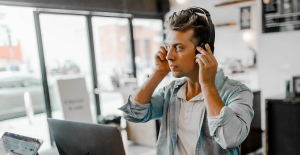 By
Partner Provided
RingCentral Video Propels Small Businesses
Disclaimer: RingCentral sponsored the creation of this article. However, we independently researched and authored all...