Traditional Banks vs. Alternative Lenders: Which Is Better for Business Financing?

Find out whether your next business loan should come from a traditional lender or an online lender.

Banks and credit unions, also known as traditional lenders, aren’t your only financing options. Plenty of alternative lenders, or online lenders, would love to lend to you. But what makes them different? And how do you know which one is better for you as a borrower?

That’s what we’re here to explain.

When we talk about traditional lenders, we’re referring to banks and credit unions. They’re “traditional” since they’ve been around basically forever (while you might think of founding fathers as making a nation, they also founded banks), and for much of that time, they were one of the only sources for business loans and lines of credit.

That exclusivity has allowed traditional lenders to be choosy about who they lend to. So traditional bank loans tend to have relatively high application requirements for businesses. For example, a typical traditional lender might look for the following in an applicant:

Sure, you’ll find traditional lenders that are lenient on one or more of those requirements (for example, some Bank of America business loans require only $100,000 in annual revenue). But generally speaking, you’ll need a healthy, well-established business to qualify for traditional funding options.

So what do you get from bank lending? Well, a low annual percentage rate (APR), for starters. Most traditional loans and lines of credit offer APR starting in the single digits (think 3% to 8%)—often much better than you’d find from alternative lenders.

That means that traditional lenders can save you lots of money on your loan (depending on the loan term).

As a bonus, banks and credit unions often have other offerings for businesses, like bank accounts, merchant services, and business credit cards. That makes things convenient for you. Plus, some traditional lenders give you discounts when you bundle products (Bank of America, for example, has a Preferred Rewards program).

Just keep in mind that traditional lenders (in addition to their high application requirements) tend to move slower than alternative lenders. In many cases, you’ll have to apply in person at your lender’s local branch. And funding times will range from weeks to months, rather than hours to days.

Still, if you want low rates on your loans and can meet the stricter application requirements, traditional lenders can offer you great deals on business financing.

Check out SBA business loans. You can get these loans through traditional lenders, but their APR is set by the government, guaranteeing you low rates.

Alternative lenders, also called online lenders, are the (relatively) new kids on the business financing block. These non-traditional lenders have been around for only a decade or so—in some cases, just a few years—and they usually offer only financing.

As the name suggests, alternative lenders provide a good option for business owners who can’t qualify for traditional loans. Online lenders often—but not always—have much laxer application requirements. For example, one of our favorite online lenders, BlueVine, has the following requirements:

Now, those requirements may not be typical of all online lenders. And meeting the bare minimum for each requirement doesn’t guarantee you’ll get approved, and it doesn’t mean you’ll get a great deal on a loan. But as you can see, it’s often much easier to qualify for alternative financing than traditional financing.

How big is alternative lending?

While online financing may have started as an alternative to traditional financing, it’s becoming a more common first funding source. In 2016, just 19% of business owners applying for funding went to an online lender; in 2018, that number rose to 32%.2

Of course, alternative lenders do have one big downside: higher APR. Starting rates in the double digits are not uncommon. On the other hand, you can almost always find lower starting rates at traditional lenders—if you can qualify.

Interest vs. APR vs. drawing rates

Lenders express their rates in different ways. (A 5% interest rate is very different than a 5% factor rate, for example.) That’s why we love the SMART Box capital comparison tool. It makes it easier to compare the overall cost of different types of loans and rates.

Also, alternative lenders don’t have the long histories that banks do. The world of alternative lending is still relatively young, and things change quickly. So if you’re a person who prefers tried-and-true companies with lengthy track records, online lending might not be right for you.

But when it comes down to it, alternative lenders offer more accessibility and convenience to business owners, even if it comes at a higher price.

Ultimately, whether a traditional or alternative lender is better for you and your business depends on your unique situation.

Choosing your type of lender

Sure, traditional lending gives you lower rates and can potentially save you money, but alternative lending can provide fast financing—even when a traditional lender might turn you down.

Either way, we hope you get the funding you need to build your business.

Before you take out that loan, use our business loan calculator to make sure you understand how much it will really cost.

Don't qualify for a business loan? Get a personal loan instead.

What are the best alternative lenders?

Most of the recommended lenders on our list of the best small-business loans are alternative lenders.

As you can see, Lendio is our favorite online source of borrowed capital. You can learn more about what makes it a great lending platform in our Lendio review.

What are the best traditional lenders?

We don’t necessarily recommend any particular traditional lender. In fact, we're pretty wary of most big banks; in large part because many of these large financial institutions have earned bad reputations through less-than-legal practices.

Instead, we recommend you visit your local small bank or credit union. As we mentioned earlier, small banks have higher approval rates than large banks. Plus, business owners who apply for financing at small banks report fewer challenges and higher satisfaction than those who apply with large banks or online lenders.3

How can I increase my chances of getting traditional financing?

If you want to have a better chance of getting a loan from traditional lending, you can do a few things.

First, you can learn how credit scores affect small-business loans and then work to improve your personal credit score. You can also work on building business credit, perhaps by getting and responsibly using a business credit card. Working with vendors and suppliers with payment terms can also help build your credit profile.

Increasing your revenue will also increase your chances of funding, so focus on keeping your business healthy. (It might help to review some small-business bookkeeping basics.)

What types of loans can I get?

Both traditional banking and online lending offer a variety of business loans. You can find everything from term loans to lines of credit to equipment financing to invoice factoring. 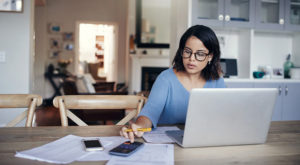 By
Sarah Ryther Francom
6 Most Important Business Loan Requirements
Afraid of getting rejected on your business loan application? Meet these requirements and boost your... 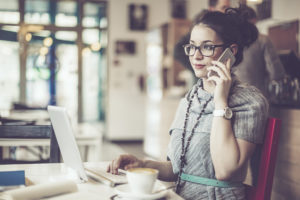 By
Courtenay Stevens
Can You Get Business Credit Cards with Only an EIN?
If you’ve got less-than-perfect personal credit or don’t have an SSN, an EIN-only card may... 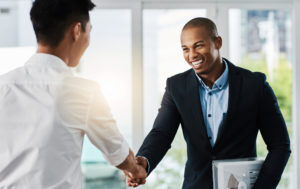 By
Chloe Goodshore
What Is an Angel Investor?: Who They Are and What They Can Do for Your Business
We explain everything you need to know about this valuable source of funding. Whether you’re... 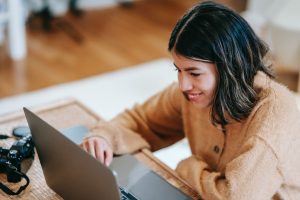 By
Chloe Goodshore
What is an SBA Loan? SBA Financing Options 101
Find out what SBA loan is right for your business―and how to boost your chances...