Quicken's desktop-based personal finance software can help you set a budget, track expenses, and even pay bills (depending on the plan). It's also one of the pricier money management tools on the market, so if cost-effectiveness is key for you, look elsewhere.
Best Desktop Budgeting

We revamped this page to make it easier to find the information you need. We also verified all data and pricing—no changes made.

Quicken recently upped its plans’ prices. While its cheapest plan only went up by a dollar, its priciest plan increased by around $20.

Business.org's Quicken review can help you decide if you want to spend money on financial management tools or stick with a free alternative.

Quicken is best for comprehensive budgeting

Most money management apps excel at just one aspect of budgeting. For instance, Mint categorizes your purchases by expense type and recommends a monthly budget. Personal Capital helps you build an investment portfolio, and bank and budgeting apps like Simple automate bill pay.

But Quicken? Depending on the plan you pick, Quicken does it all.

Every Quicken plan shows all of your bank accounts in one spot and, like the Intuit-owned Mint, automatically categorizes expenses for you. Its bill-specific dashboard lets you save bills or download them as PDFs so the software can easily categorize and track bill payments. And unlike most personal finance apps, Quicken includes over-the-phone customer service.

Why can Quicken do everything while other budgeting tools focus on expense tracking or investing or bill pay? For one, Quicken costs an annual fee. For another, it isn't just an app or website. Instead, like Intuit's old QuickBooks Desktop, Quicken is a downloadable desktop software that syncs with Quicken's mobile budgeting app and website. It isn't just cloud-based or desktop-based: it's both.

Quicken's Starter plan offers income and expense tracking, spending trend reports, and budget recommendations. Honestly, it's pretty similar to Mint, but it has better support and a more comprehensive dashboard. And as a paid plan, Starter skips the pesky targeted ads that slow Mint's interface.

Quicken Starter also includes a helpful bill tracking center. For now, you can't pay bills directly from Quicken unless you choose the Premier plan. But you can sync your bills to Quicken's dashboard so you can see which payments are due when and plan them into your monthly budgets.

Want to pay bills with Quicken without paying for Premier? You can add bill pay to any Quicken plan for an additional $9.95 per month.

Quicken Deluxe expands your budgeting options. You can set annual budgets instead of just month-to-month budgets and track your taxes, retirement savings, and investments. More detailed tracking and reports give you a better look at your net worth, as do features like these:

Home and Business (Windows only)

All of Quicken's plans track personal finances, but Quicken Home and Business adds on business features that are geared toward sole proprietors and small-business owners. This plan lets you separate your personal and business finances (which you should always do for tax and legal liability reasons). Along with all of Premier's personal finance features, the plan gets you these business-specific tools:

The plan is more than Quicken for business, though. It also adds property management features, including these:

Quicken's biggest perk is its sheer amount of features. As good as apps like YNAB and Personal Capital are, they can't offer as much as desktop-based software. Quicken's bill payment is a particularly crucial feature: few budgeting apps provide bill payment, and some that used to (notably Mint) don't anymore.

And if you're worried about being tied to your desktop to budget, don't be. Quicken's mobile app lets you calculate expenses and track your budget on the go. Along with checking your accounts and budget in real time, you can manually enter transactions (for instance, if you buy something with cash) even when you're offline.

Finally, Quicken is one of the few personal finance tools with thorough customer service. Each plan includes over-the-phone tech support, which is rare among money management apps: after all, it's hard to provide good customer service when your product is free.

Quicken's primary downside is its cost. Free apps like Mint offer similar services at the low cost of zero dollars.

Price check: Quicken Starter vs. YNAB (You Need a Budget)
YNAB rivals Mint and Quicken for personal finance popularity, and its main perk is that it teaches you how to budget instead of automating your budgeting experience. At $34.99 a year, Quicken's Starter plan is cheaper than YNAB's annual $84 fee. However, Quicken lacks YNAB's online tutorials for hands-on budgeting help. If you want to learn how to budget instead of just automating expenses, go with YNAB. If you want a sturdier Mint, try Quicken.

Plus, Quicken's app is a fairly recent development, and per its user reviews, the app works better for iOS users than Android users. On Apple's App Store, the app has 4.6 stars out of 5 from 7K users.1 In contrast, the 3.5K users on Google Play give it 3.2 stars out of 5, citing frequent crashes, bugs, and inaccurate bank account information (yikes).2

On the other hand, Windows users have a leg up on iOS users in terms of desktop software. Quicken's Windows version offers more than its Mac version, most importantly its Home and Business plan. You also have to buy the Quicken version specific to your operating system—the Mac and Windows versions are incompatible, so while you can run the program on multiple computers, you can't run it on different types of computers.

If you aren't sold on cloud-based budgeting apps and don't mind spending a little to get a lot, Quicken's locally installed software is an excellent fit. And if you aren't quite sold on Quicken itself, get behind the wheel for a test drive—Quicken comes with a 30-day money-back guarantee.

Looking for a more affordable personal finance app? Head over to our review of the year's best money management apps for individuals.

What is Quicken software for?

Quicken was developed by Intuit, the same company that owns TurboTax and QuickBooks. However, once Intuit acquired the budgeting app Mint, it sidelined Quicken. In 2016, Intuit sold Quicken to H.I.G. Capital.

Do you have to purchase Quicken every year?

What is Quicken Online?

Quicken Online was a free, cloud-based version of a Quicken plan offered by Intuit in the 2000s. When Intuit bought Mint, the company phased out Quicken Online. Although you can now use Quicken on the web instead of just on your desktop, there isn't an official product called Quicken Online.

We carefully analyzed Quicken's ease of use, value for the money, mobile app quality, data privacy practices, and learning curve, among other factors.

Written by
Kylie McQuarrie
Kylie McQuarrie has been writing for and about small businesses since 2014. Prior to writing full-time, she worked with a variety of small-business owners (from freelance writers to real-estate solopreneurs), which gave her a front-row look at small-business owners' struggles, frustrations, and successes. Currently, she’s Business.org’s accounting and payroll staff writer. Her work has been featured on SCORE.org, G2, and Fairygodboss, among others.
Read More
Recent Articles 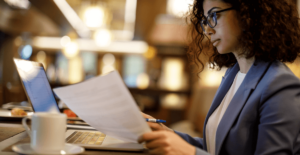 By
Ian Agar
8 Lifehacks to Speed Up Monthly Bookkeeping
We get it: unless you’re an accountant, balancing the books every month isn’t thrilling. So,... 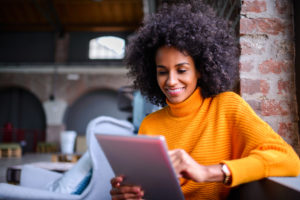 By
Ian Agar
The 5 Best Payroll Apps for Small Business 2022
Constantly on-the-go? Get one of our top payroll mobile apps so you’ll always stay connected,... 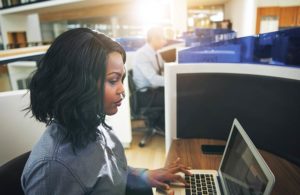 By
Kylie McQuarrie
The Best Payroll Companies for Small Businesses in 2022
We looked at 15 of the top payroll processing companies and evaluated their user friendliness,... 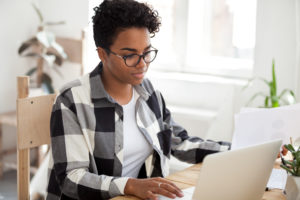 By
Kylie McQuarrie
The 9 Best Virtual and Outsourced Accounting Services for Small Businesses in 2022
We considered features, payroll and tax service add-ons, plans, and prices to reveal the top...