The Gender Pay Gap Across the US in 2022

Is your state making progress or standing still? 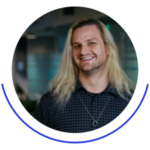 On average, men will earn $10,381 more in 2022 than women will across the nation.1,2 Excluding Washington, DC, all states have at least a 10% lower median pay for women compared to men.

Using aggregated data from government and academic sources, we’ll compare the smallest and largest gender pay gaps by state and by occupation. States are ranked based on the percentage difference between women’s and men’s earnings for full-time, year-round workers. (Note: The pandemic complicated data collection, which you can read more about in our full methodology.)

We’ll also go over what businesses can do to ensure equal pay, with the hope that the extra expert insight on gender pay discrepancies will help employers and employees close the gap in the coming years.

For women looking to start a business, we can help you find the best grants and small business loans, tips for funding, and payroll software (which can help with your HR needs too!).

If salaries followed working calendar dates (without holidays) in 2022, women effectively stop getting paid on October 29th.3 This means women would work the same amount of time as men the rest of the year and in the same roles essentially without getting paid.

But do women earn less in every job? According to the Bureau of Labor Statistics, there are only five job roles that report a wage gap favoring women.4

The smallest and largest pay gaps in the US by state 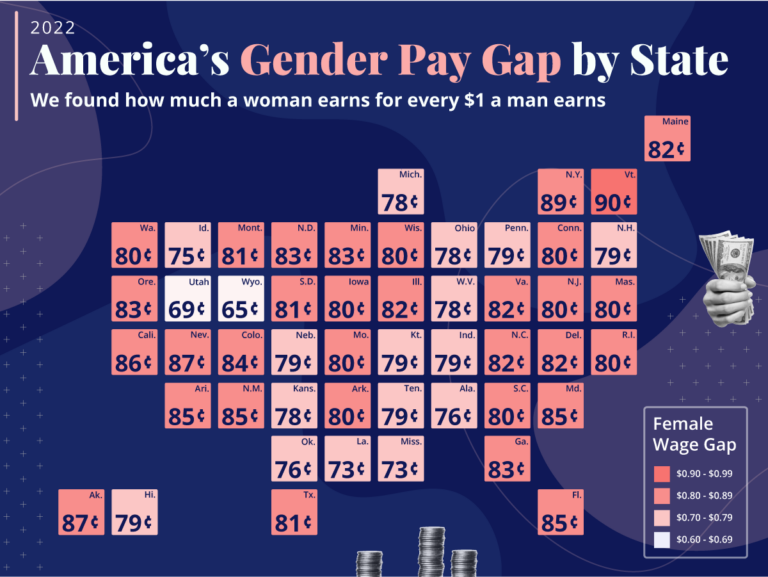 Even the states with the smallest gender pay gap still face wage gaps ranging from 8.1% to 15.3% between men and women in similar roles, which translates to thousands of dollars missing for women doing the same work.

With the gender pay gap, women in some states effectively work the last few months of the year for free. And, unfortunately, unequal pay for women hasn’t improved by much for more than a decade. Let’s look at how the gender pay gap has changed over time.

See all of Business.org's reports

Gender pay gap in the US remains stagnant 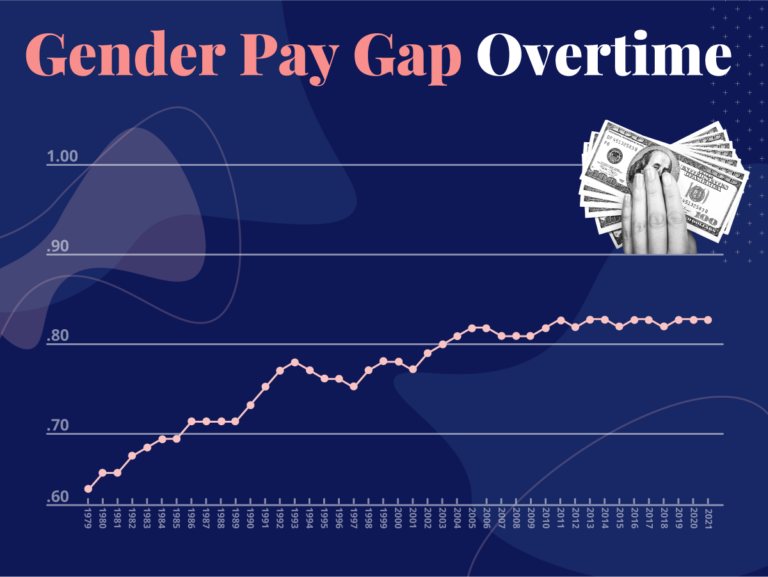 The wage gap between men and women remains at nearly 20% for everyone across the country. But, there is hope in a handful of industries.

Female compliance officers in the US, who ensure government regulations are met, earn up to 7% more than their male counterparts. Other positions that see women being paid more than men in similar positions include graphic designers, pharmacists, clinical laboratory technologists and technicians, clerks, and purchasing agents.

Cashiers, fast food and counter workers, and school bus drivers are close to having near-equal pay for women and men.

Unfortunately, equal (or better) pay is not the reality for most women in virtually all other industries.

The worst wage gaps for women put their earnings at 70% or less of the earnings of men doing the same job.

Securities, commodities, and financial services sales agents (or those who connect buyers and sellers with necessary information), have the worst wage gap at 44%—meaning women in those industries get paid a little over half of what men do. Legal occupations and medical scientists follow, paying women only 60% of what men earn.

With most women earning a sizable portion of salary less than men, they effectively stop getting paid by the time November starts. It’s worth considering how our workplaces can help.

Why does the gender pay gap exist?

Experts have considered various reasons for the gender pay gap. Examples range from women choosing to stay home for family, choosing lower-paying jobs, or having less education. However, other examples point to bias and discrimination, a lack of flexible support for work, and other social factors like racial discrimination.

Here are a few of those examples:

How can businesses improve the gender pay gap?

We asked business owners what they do to address pay inequality. The responses mostly revolve around employers reviewing and reporting their employees’ salaries across experience levels, roles, etc, on a regular basis, as well as communicating an open dialogue around salary.

(You can use a payroll calculator to help with salary concerns—and some software offers HR help too).

“By using advanced HR reporting and payroll systems, these reports would be easy to produce and analyze the market.” —Olivia Tan, co-founder of CocoFax.
“Maintaining internal equity in the workplace has to begin with the proactive creation of a robust compensation structure that details pay relationships specific to your workforce. Conducting regular internal audits is necessary to uncover bias and any gender or racial pay gaps.” —Stephen Light, co-owner and chief marketing officer at Nolah Mattress.
“In supporting pay equity, a business owner also allows employees to come up and question any disparity that may arise in error, knowing that the owner would be open to an open dialogue.” —Jerry Ford, owner of 4WD Life.

And even with open dialogue, encouraging fair and proactive pay practices from the get-go can benefit overall employee and business morale.

“Every company needs to start by reviewing their hiring practices, the gender pay gap often starts right at the beginning. It's important to not rely on salary history to set pay for new hires, as you may be perpetuating past pay inequities. Be aware that some women are less likely to negotiate, so it's important to offer salaries that reflect the responsibilities of a role without relying on an individual to advocate for a certain salary.” —Mark Daoust, founder and CEO of Quiet Light

Gender inequality in pay in the United States may be stagnant, but if small-business owners can take the time to consistently promote a positive pay structure for all employees, we can help close the gender pay gap for more people.

States are ranked based on the percentage difference between women’s and men’s earnings for full-time, year-round workers. This data comes from the 2020 American Community Survey (ACS), which ran into significant data sampling issues due to the COVID-19 pandemic.

According to the Census Bureau, the people who did respond to the survey had different social, economic, and housing characteristics than those who did not respond. In particular, low-earning households were much less likely to respond. The bureau has relied on in-person interviews of people residing in group housing quarters, like nursing homes and dorms, to collect data, but this was not possible due to the pandemic. This likely resulted in non-response bias in the data, including in the estimates of marital status, educational attainment, Medicaid coverage, citizenship, income, and poverty.

To address this problem, the Census Bureau used administrative data to weigh data based on other information the bureau has about current population characteristics. It released this experimental ACS data for 2020, which we have used for this analysis.

All statistics were calculated by aggregating data from a number of government and academic sources. 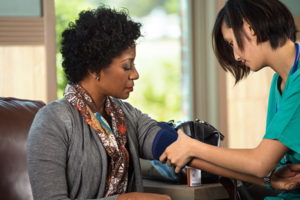 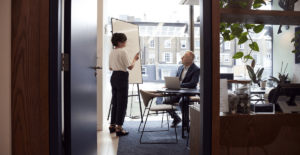 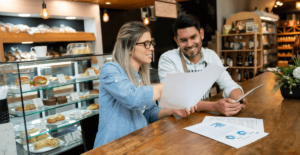 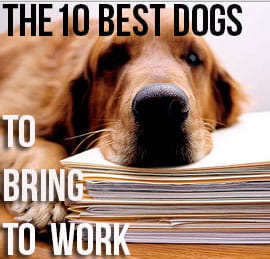