Braintree is a global online payment solution offered by PayPal. It’s a contender for the best worldwide payments provider with Stripe as its fiercest competition. Unfortunately, Braintree seems to have a bit of a problem with negative reviews.

Data effective 11/30/21. At publishing time, pricing is current but subject to change. Offers may not be available in all areas.

We revised and updated our Braintree review with the latest pricing and plan information for 2022.

The first thing to say is that if you can’t afford to hire a web developer or you don’t have programming skills yourself, Braintree probably isn’t for you.

Braintree is a product designed around its application programming interface (API). Its purpose is to help businesses build processing solutions into their websites and to simplify more technical processing problems like setting up a marketplace.

Another key aspect of services like Braintree is allowing businesses to conduct secure transactions across the globe.

If you’ve read our Stripe review, you may be noticing that Braintree seems to offer a lot of the same things that Stripe does. Because of that, the real question you need to answer is this: Which solution is better for my business, Stripe or Braintree? In our opinion, the nod goes to Stripe. But you should still stick around to see why Braintree may be right for you.

Braintree is best for Venmo and PayPal integration

One of the key differences between Braintree and Stripe is that Braintree is owned by PayPal. This ownership gives Braintree access to both Venmo and PayPal payment options.

There are a lot of customers online who like performing online transactions via PayPal or Venmo. Because you can give your customers these options with Braintree, they’re more likely to have a satisfying transaction experience if PayPal is their preferred online payment method.

Data effective 11/30/21. At publishing time, pricing and offerings are current but subject to change. Offers may not be available in all areas.

Braintree doesn’t list many details for its custom plans because said plans are customized to the needs of each business applying for one.

That said, the standard pricing plan is pretty, well, standard. It’s almost identical to Stripe’s pricing model. In fact, both companies have the exact same transaction cost. Because Stripe and Braintree are well-matched on pricing, why would your business want to choose Braintree?

Data as of 11/30/21. Offers and availability may vary by location and are subject to change.

Follow these steps to purchase the perfect POS system
Read our free ultimate checklist for finding the right POS for your business. Don’t get saddled with the wrong system. Enter your email and the checklist will arrive promptly.

Braintree is a great way to accept PayPal and Venmo payments in a worldwide context. Because it’s available in over 45 countries, you’re left with a service that has a lot of payment acceptance flexibility on a large scale. This can boost your sales potential substantially.

The fact that you need a programmer or programming skills to integrate Braintree on your website is both a pro and a con. It’s good for customization but bad because it’s prohibitive to smaller businesses that can’t afford a programmer. Braintree also has a problem with negative reviews that’s explained in detail in a below section.

Square lets you get started for free. The account is free, the app is free, and your first mobile card reader is free. You simply pay as you process.

Braintree and Stripe aren’t functionally all that different. Here are a few things both services offer:

Let’s start with a simple question: what does Braintree offer that Stripe doesn’t?

What does Stripe offer that Braintree doesn’t?

Looking at the two lists above, Stripe gets the edge in features offered. But, if PayPal or Venmo integration is important to your customers, Braintree is a better option.

Braintree has a lot of negative user reviews online

There are many reasons why a business may have an overwhelming majority of negative reviews like Braintree. One of them is that a company may not encourage its customers to write reviews. When a company doesn’t encourage the average user to write reviews, the most common reviews tend to be negative—people are more likely to review something if they’ve had a negative experience than if they’ve had a positive one.

Braintree is one of those companies with a suspiciously negative skew. That said, those negative reviews shouldn’t be ignored or discounted. The most commonly found complaints have to do with poor customer service and difficulty using the API.

Many users agree that Stripe has an easier API to use that is better documented. So people new to programming or with minimal programming experience tend to find Braintree’s API documentation obtuse and difficult.

That said, as was mentioned earlier, Braintree is designed for web developers with considerable programming skills. So, if you have a good programmer, you should have little trouble getting the most out of this service.

3.8
Get Started
Learn more about our top brands.
Learn More

You can generate a bunch of useful reports on Braintree:

These reports can help you ground crucial business in data and can help you diagnose the overall health of your business.

Braintree is available in over 45 countries across the globe and can process transactions in over 130 currencies globally. This functionality is crucial for businesses that need global payment support or for businesses that are planning a global sales expansion sometime in the near future.

One thing that matters a lot in the worldwide payment market is ensuring that your transactions are safe, secure, and authentic. Fraud is more prevalent in some countries, so it’s crucial to use a processor equipped with the tools to handle the special challenges associated with doing business internationally.

Braintree allows you to add an in-person component to your online processing via PayPal’s credit card processing terminals. From mobile readers to larger terminals, PayPal has a good selection of hardware you can use to take card-present transactions should the need arise. Prices range from $24.99–$99.99.

Get Started with Braintree

If you’re not sure Braintree is the best global payment solution for your business, check out our review of Stripe.

We took a detailed look at Braintree, analyzing its features, pricing structure, and reliability. We compared it to other top brands in the processing sphere looking for specific features that set it apart from its competitors. We also consulted hundreds of user reviews and expert opinions.

Written by
Andrew Mosteller
For four years, Andrew has been writing copy to help business owners expand, manage, and advertise their unique brands. His upbringing in an entrepreneurial family nurtured a passion for small business at a young age. Andrew’s father, an equity fund manager, taught him the ins and outs of investment financing and owning and operating a successful business. Now he brings his expertise and experience to entrepreneurs as a regular contributor on Business.org.
Read More
Recent Articles 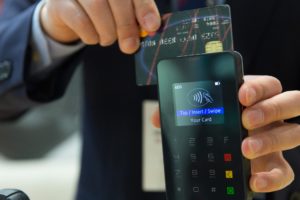 By
Andrew Mosteller
Best Credit Card Processing Services of 2022
Are you ready to start accepting credit cards, or are you just looking for a... 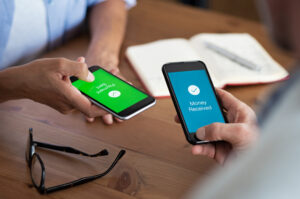 By
Andrew Mosteller
Best Payment Apps for Small Businesses
Payment apps are an easy way to make peer-to-peer transactions with your customers. But which... 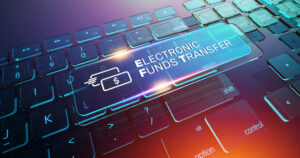 By
Andrew Mosteller
Best ACH Payment Providers
Are you looking for a better way to manage direct deposits and other bank transfers?... 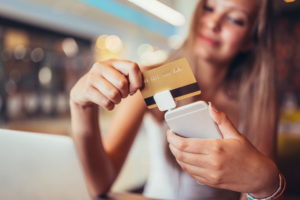 By
Andrew Mosteller
Podium Payment Processing Review 2022
Podium is a payment processor that wants to help you improve your online reputation. Unfortunately,...