What Are Retail Stores?

If you sell goods directly to your consumers, then you just might be a retailer.

Retail stores are businesses that sell directly to the consumer. This makes retail stores remarkably different from wholesalers, with an entirely unique set of challenges and solutions. So understanding whether you’re running a retail or wholesale business is vital to choosing the best strategies for success.

Here’s everything you need to know about retail.

What does retail mean?

Retail is the sale of products directly to the consumer—the person who is actually going to use the item.

Retailers face fundamentally different challenges compared to wholesalers (businesses that sell to other businesses, which then sell to the consumer). Unlike wholesalers, retailers have to worry about marketing their products. If an item isn’t appealing to the end user or if the customer doesn’t know about the product, the retailer won’t be able to sell the item and make a profit.

Retailers also have to worry about the final price of their individual products. If their item is available elsewhere at a cheaper price, the retailer may be unable to sell their goods. Retailers must stay competitive with deals and keep pace with rapid market fluctuations. If a retailer’s product suddenly becomes irrelevant or undesirable, they’re stuck selling off those items at a steeply discounted rate—regardless of the price the retailer paid for that item.

Retailers can sell just about anything to their consumers, but retail goods usually fall into one of the following categories:

Each of these types of retail goods come with their own challenges and advantages. For instance, soft goods are usually less expensive to make, which means a potentially higher profit margin for the retailer. However, soft goods usually have a limited lifespan (they wear out), don’t last as long on the shelf, and are more susceptible to changing trends.

Again, each type of retailer faces its own unique set of challenges. For example, convenience stores might adopt a money-making strategy of getting their customers to buy more than just the item they came in for. Meanwhile, a car dealership owner knows they probably won’t be able to get customers to buy two cars instead of just one, so they might upsell the customer on add-ons and luxury features instead.

What retailers don’t do

The definition of a retailer, when you think about it, is fairly loose. As long as you sell something to the consumer, you’re considered a retailer. And while there is definitely a difference between retail and other types of business, the lines can get pretty blurred.

Take wholesalers, for example. A wholesaler is decidedly not a retailer because wholesalers sell their goods in bulk to other retailers—usually at a discounted price (at least compared to the final retail price). Retailers, on the other hand, sell individual items directly to the consumer—usually at the standard retail price.

But businesses aren’t limited to just one or the other. So you could, theoretically, sell items wholesale at a discount to other retailers while also selling individual items to the consumer at regular retail price. Wholesalers and retailers also aren’t limited to selling in bulk or in individual quantities. Costco, for example, sells items in bulk at a discounted rate—but it sells directly to the consumer.

Long story short: as long as your company sells directly to the consumer, you’re a retailer.

Retail stores are different from wholesale businesses in that retailers sell products directly to the end user of that product. As such, retail stores deal with advantages and drawbacks that are completely different from those of wholesalers. Knowing the difference can help you choose the right marketing, pricing, and buying strategies for your business.

Retailers have unique needs when it comes to their business services. If you’re running a retail store, get started by learning more about making your point of sale work for your consumer-facing company. 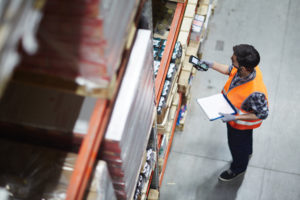 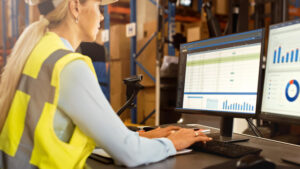 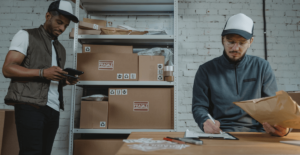 By
Alex Kerai
Lightspeed Inventory Management Review 2023
Netsuite is an all-encompassing inventory management and financial cloud platform. But is it right for... 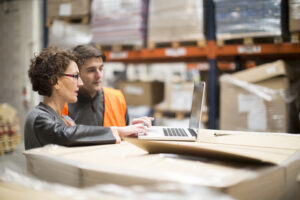 By
Courtenay Stevens
What Is SAP Inventory Management? Our 2023 Review
If your business needs an advanced inventory management system, SAP’s enterprise planning platform may be...