Bluehost Web Hosting Review 2023: Is It the Best Web Host for Your Business?

Bluehost’s web hosting services provide a lot of bang for the bucks and primo WordPress plans to please the WP faithful.
Best for Low Budgets 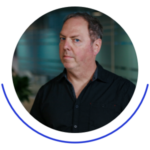 Bottom line: Bluehost is best for small businesses in need of user-friendly web hosting that performs heavy lifting for a (relatively) light price. But you'll need to commit to multiple years at a time. Plus, there are much cheaper hosting providers out there if you just want a dirt-cheap provider.

If you have some time: Orem, Utah, company Bluehost has been in business since 2003, providing web hosting services for some of the most attractive and stylish people on the internet (at least that’s what you’d gather from a glance at Bluehost.com). It’s a full-service vendor, offering every type of industry-standard web hosting, as well as domain registration, website construction and marketing, and 24/7/365 support.

Bluehost is also one of only three web hosting companies officially recommended by WordPress to accommodate its popular content management system—which could explain why Bluehost’s WordPress plans are a little costlier than most. But everything else Bluehost offers is somewhat reasonably priced, considering the level of performance guaranteed and—according to the owners of 2 million Bluehost-ed websites around the world—usually delivered. It’s also featured as one of Business.org’s best web hosts.

Bluehost is owned by Endurance International Group, which also holds web companies like HostGator, iPage, SiteBuilder, Domain.com, Constant Contact, and others in its corporate stable. On the upside, this means Bluehost has a wide variety of in-house resources to draw upon for the benefit of its customers. But those allergic to brand conglomerates and potential bonus levels of bureaucracy should be aware that Bluehost is very much entrenched in the mass-biz matrix.

Our top-rated website builder: Wix
Wix’s intuitive platform, beautiful designs, and customizability make it one of the best options for any business owner.
View Plans

Bluehost’s web hosting plans range in price from $4.95 a month (the basic shared tier) to a still economical $119.99 a month (the primo dedicated tier), with plenty of options in between—if you’re prepared to lock into a three-year commitment (Bluehost doesn’t do month to month, and prices go up upon eventual renewal).

The 16 plans, which all guarantee 99.9% uptime reliability, also offer a fully loaded menu of features designed to not only keep things simple and unintimidating for website newbies, but they also provide deeper performance layers to satisfy more demanding developers. You won’t need to be an expert to get a site up and running quickly with Bluehost, and experts won’t be limited by dumbed-down functionality.

With shared web hosting, you share server space with other clients of the host—you’re also sharing costs, which makes this a cheaper option. It’s an easy starter choice for sites not expecting heavy initial traffic, but there are caveats: If another site sharing the server starts drawing a large amount of hits, it’ll affect your site’s performance until usage normalizes. Or if yours is the site that generates the increased traffic, you could be charged overage fees.

Bluehost’s shared plans are inexpensive, if not exactly brimming with features. The $2.95 a month Basic plan gives you a single website, 50 GB of storage space, five email accounts, and scant much else—good for a simple blog, but that’s probably all. The Plus and Choice Plus plans, both specially priced at $5.95 a month (normally $10.99 and $14.99, respectively), offer a few more no-limit features for just slightly more money. Shared plans can get you online quickly and cheaply but, if you’re planning on expanding your web reach and functionality, be prepared to upgrade.

If you’re already a devotee of the ubiquitous WordPress CMS (content management system), Bluehost is an obvious choice. It’s one of only three web hosting companies recommended by WordPress itself, and Bluehost keeps full-time WordPress Core developers on staff to back up its expertise with the platform—at a slightly higher price than most other WordPress hosting services, that is. But with a bottomless well of available themes and plug-ins, as well as managed support and simple installation, Bluehost earns its price tag.

Bluehost’s “Optimized WordPress Hosting” service runs on its managed virtual private servers (VPS), and the pricing reflects it. At $19.99 a month, the WP Standard plan “limits” you to 100 million monthly visits—generous for a new small-biz website. WP Enhanced, at $29.99 a month, raises that ceiling to 300 million monthly visits. WP Premium, at $39.99 a month, ups it to 600 million. Bluehost’s Cadillac WordPress plan, WP Ultimate, does away with the visitor cap altogether for $49.99 a month. Each plan includes one domain, one IP address, an SSL certificate, and SiteLock security features.

VPS (virtual private server) hosting mimics a dedicated server within a segregated shared server, with its own operating system, storage, RAM, and data transfers for more static and isolated site efficiency. VPS hosting provides most of the benefits of a dedicated server, but since it’s technically using a shared server, the prices are lower. If you’re at an in-between point with your online business and currently accommodating higher volumes of site traffic, but not yet in Amazon territory, VPS is a solid option.

Bluehost’s VPS hosting plans come in three flavors: Standard, at $19.99 a month; Enhanced, at $29.99 a month; and Ultimate, at $59.99 a month. The only real difference between the tiers is the amount of storage, RAM, and IP addresses included, and the VPS hosting plans are managed, meaning that Bluehost takes care of any needed maintenance and upgrades, and users are provided root access to the server.

If you want all of the control, computing power, and privacy possible for your site, a dedicated web hosting service is the way to go. As the name implies, you get a server (which is designed, built, and maintained by Bluehost) that’s appointed to your account only, which will operate unaffected by the usage of any other clients. Dedicated web hosting is the most stable, secure, and robust site service money can buy—and as you’d expect, it demands some serious cash.

Bluehost’s dedicated web hosting plans are designed to handle heavy traffic and usage, beginning with the Standard plan at $79.99 a month, moving up to the Enhanced plan at $99.99 a month, and topping out with the Premium plan at $119.99 a month. The speed and storage stats are impressive across the board, though each plan includes only a single domain—at least they throw in multiple IP addresses (three for Standard, four for Enhanced, and five for Ultimate).

No (WordPress only)
Free SSL certificate

Bluehost offers solid and speedy web hosting that’s loaded with features and options—even more so if you’re a WordPress fan willing to pay a bit more for WP functionality and built-in expertise. With the exception of its shared plans, any of Bluehost’s hosting packages could be scaled up quickly to handle burgeoning business and traffic growth for less money than its nearest competitors. Web novices will appreciate Bluehost’s simplicity of operation, and more experienced developers won’t be frustrated by a lack of deeper-dive features. Overall, Bluehost’s bang-for-your-buck quotient is loud.

We carefully analyzed Bluehost's overall value for the money, suitability for beginners, customer service quality, ease-of-use, hosting performance, technical specifications (such as disk space and bandwidth), and other factors.

Written by
Bill Frost
Bill Frost has been a writer, editor, journalist, and occasional graphic designer since the grunge-tastic ’90s. His pulse-pounding prose has been featured in Salt Lake City Weekly, Coachella Valley Independent, Wausau City Pages, Des Moines CityView, Tucson Weekly, Las Vegas Weekly, Inlander, OC Weekly, and elsewhere; he’s currently a senior columnist at SLUGMag.com. When not cranking out quips, Bill actualizes beer money as a musician and podcaster. You can reach him at bill@business.org.
Read More 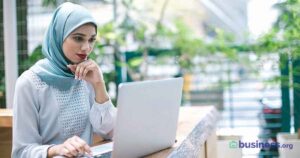 By
Alex Kerai
Best Website Builders for Small Businesses 2023
We tested nine website builders to find the right one for your small business and... 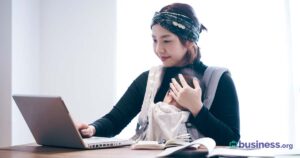 By
Alex Kerai
Best Free Website Builder for Small Business
Need a no-cost website builder? Check out our rankings to find the best one. Best... 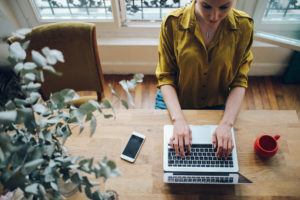 By
Courtenay Stevens
The Best Blog Hosting Sites for Business Owners 2023
What are the top blog websites for business owners looking to make money off their... 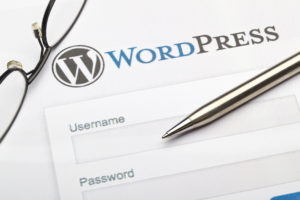